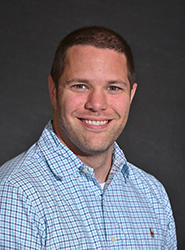 Phillip Stokes received his B.A. in Biblical Languages from Carson-Newman University (Jefferson City, TN), his M.A. in Teaching Arabic to non-Native Speakers from the University of Jordan, and his Ph.D. in Middle Eastern Languages and Cultures from the University of Texas at Austin. Phillip teaches all levels of Arabic language, and hopes to teach courses on pre-modern Arabic, the linguistic history of the Middle East, and Semitic linguistics in the near future.

Phillip's work is concerned with understanding how Arabic developed historically, how it relates to the other Semitic languages, and how it has intersected with various social and communal identities throughout its history. He is currently working on two major projects: