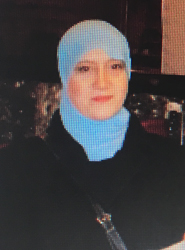 Born and raised in North Africa, Amel Djouadi has been educated in her native language Arabic. She is fluent in French, and has a rudiment understanding of German. She has a Baccalaureate in Arabic Language and Literature “Al Adab Al Arabi” Bachelor and Master in Political Science in Arabic Language, from the University of Algiers.  Master in Liberal Arts from the University of Arkansas Little Rock USA, with focus on education and schools' managements. Her native Arabic fluency made her Arabic teaching experience successful in both suburban and urban school districts for both children and adults.

Her attachment and fascination with the Arabic language led her to teach several class levels in North Africa and the Golf region. She is currently teaching Arabic and French as foreign languages at UT. Amel wishes through her teaching to keep her deep connection with the Arabic language as well as to relate to students the cultural and social nuances that she thinks make her language so unique and interesting. She enjoys philosophical writing, painting, and interior decorating.