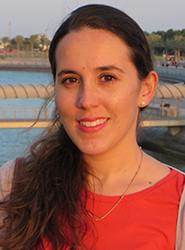 Elodie Dabbagh-Buehler received her Master's degree in Arabic and International Relations from France's premier university for the study of non-Western languages and cultures, Institut National des Langues et Civilisations Orientales (National Institute of Oriental Languages and Civilizations). Since the early 2000s, she has studied, lived, and worked extensively in different countries of the Arab World. In 2006-2007, she studied intensive Arabic at the University of Damascus, Syria. In 2011, she worked for the United Nations Refugee Agency in Rabat, Morocco. Most recently, she lived in Doha, Qatar.